Home>>Blog>>Can a small dot on a watch translate to thousands of $$ in value? 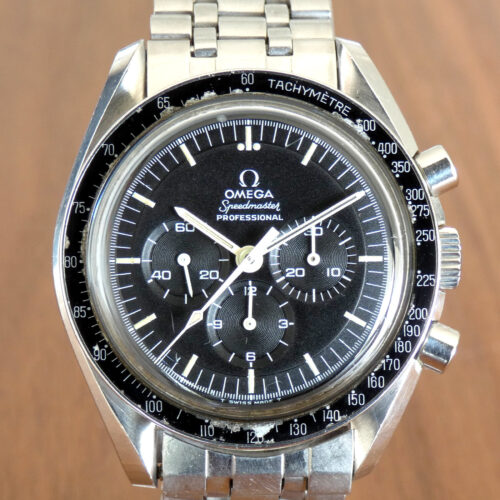 Can a small dot on a watch translate to thousands of $$ in value?

Sometimes in high-value assets like watches (or art), a small dot can change the value dramatically.

Take for example the Omega Speedmaster Professional 1970, also known as the first Moonwatch.

From 1969 to 1971, Omega equipped the Speedmaster Moonwatch with the original Moon bezel.
Looking at the bezel, a tachymeter (a ruler calculating speed as time passes in 100 m’), you can see a dot near each speed number.
At the number 90, the dot is above the right corner. 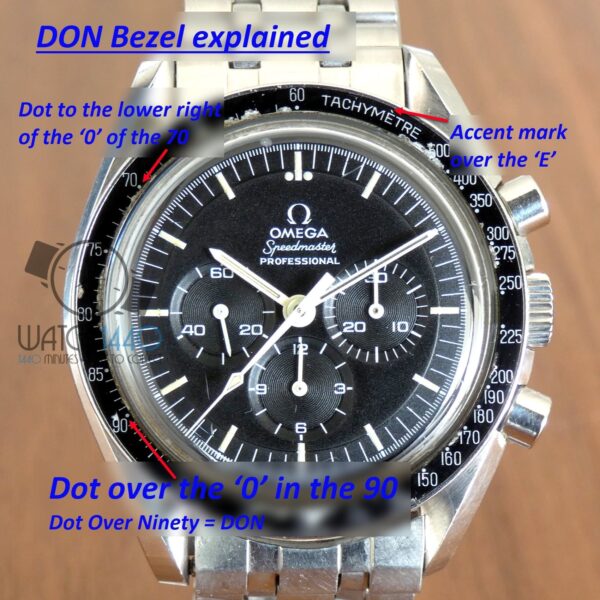 Look at the main deffirence between a DON bezel to a DNN bezel: 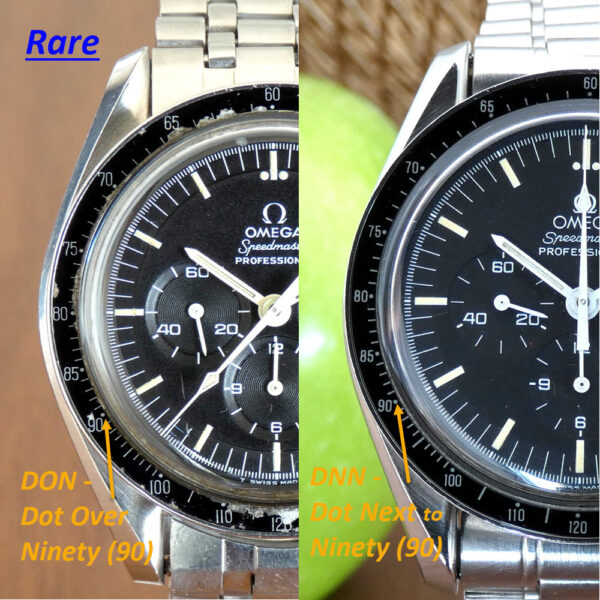 Omega unintentionally made those DON bezels much rarer:

When a Speedy from those years (69-71) came to service at Omega workshops, Omega watchmakers used to replace the “old” bezels (DON) with a “new” (DNN) as a part of service.

Causing that very few Speedmaster 69-71 remained in the market with the original DON bezel’s.

When the hype for vintage Speedmaster began, DON bezel units’ price went up.
Look at the compared prices of a DON vs. regular (DNN) Speedy (prices are of Feb. 2021, source Chrono24))